Pre-Game LIVE Stream begins at 7:30 pm — or after the earlier game ends. 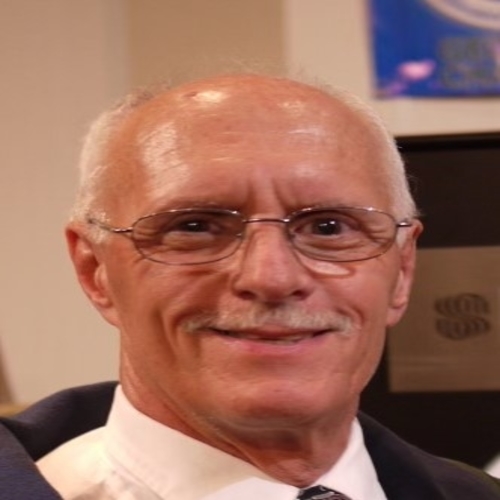 He currently resides in Thomaston, GA, and has served 48 years as a wrestling official/administrator. He served 31 years (1974-2005) with Lafayette Wrestling Officials Assn., Lafayette, LA, and was head of the association for 14 years. He officiated state tournament 15X, NHSCA national tourneys, was the Recipient of Wayne Schmidt Official of the Year, and is still active with MAWOA; GHSA state tourney (4X); sectional tourneys (8X). He received the “Newcomer of the Year” Award in 2006; was Georgia High School Association (GHSA) Associate Director for 5 years (2012 – 2017) and oversaw GHSA wrestling, weight management program, state qualifying tournaments, as well as other programs and initiatives. He is a past member of the National Federation of High Schools (NFHS) National Wrestling Rules Committee. In 2018, he was inducted into the National Wrestling Hall of Fame (Lifetime Service).

His outstanding professional career includes 23 years as a Certified Exercise Specialist in Cardiac Rehab (Our Lady of Lourdes, Lafayette, LA) and 14 years in the management of hospital health and fitness centers (Our Lady of Lourdes and Upson Regional Medical Center, Thomaston, GA). He is a nationally ranked masters-level javelin competitor. Denis is married to Margie and they have two adult children, Camille and Carmen. 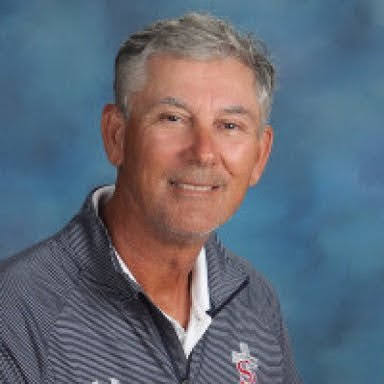 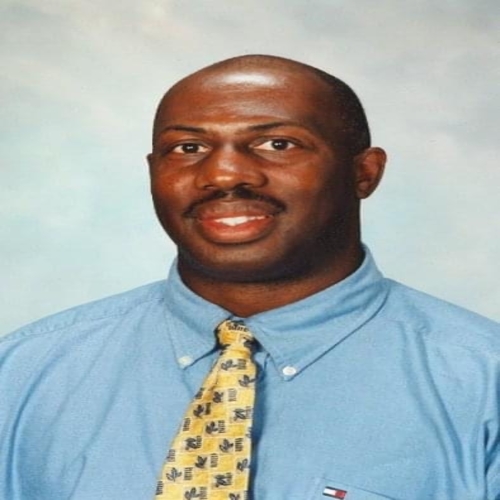 Robert Slocum joined the GIAA Team in July 2022. He is a 1974 graduate of Mount de Sales Academy. After high school, Robert attended Savannah State University where he earned a Bachelor of Science degree in Health, Physical Education, and Recreation in the spring of 1978. In August of 1978, Robert returned to Mount de Sales Academy where he taught Health and Physical Education while serving as an Assistant Varsity Football and Assistant Varsity Basketball Coach.

After his coaching duties, Robert continued to work at Mount de Sales Academy as The Director of Special Gifts and other Alumni duties within the school’s Advancement Office.

Robert is married to his “College Sweetheart”, Sarah Wright Slocum. They have two children, (Brian and Blair) and six Grandchildren. 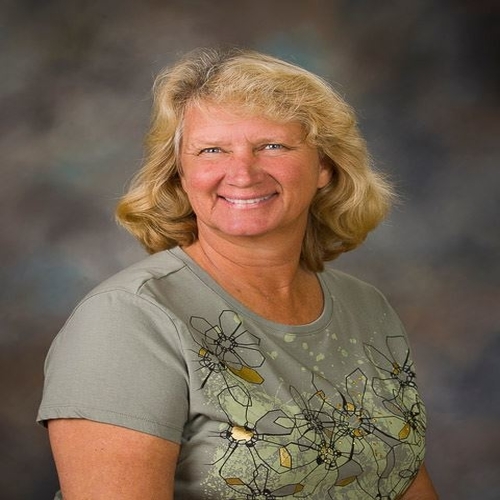 Barbara Conner joined the GIAA Team in July 2022. She was employed at Bulloch Academy for 37 years. She earned a Master’s degree in Health and Physical Education with a minor in Science and holds a Certification in Educational Administration.

Barbara’s teaching experience spans grades 6-12 science and K5-12 physical education. Her areas of coaching include softball, basketball, and track where she was a member of the Appeals Committee and a referee for the State Track Meet. Additionally, she coached archery, spearheading the state tournament for GISA, and clay target sports serving as the GISA Coordinator. As a result of her exemplary contributions to independent schools, Barbara was the recipient of the GISA Coaches Association’s Distinguished Service Award in 2014 and the Bulloch Academy’s Lifetime Legacy Award in 2020.

Barbara has been married to Dwayne Conner for 41 years. They have three children Ashley, James, and Seth. They are also the proud grandparents of three beautiful girls and one very handsome boy. 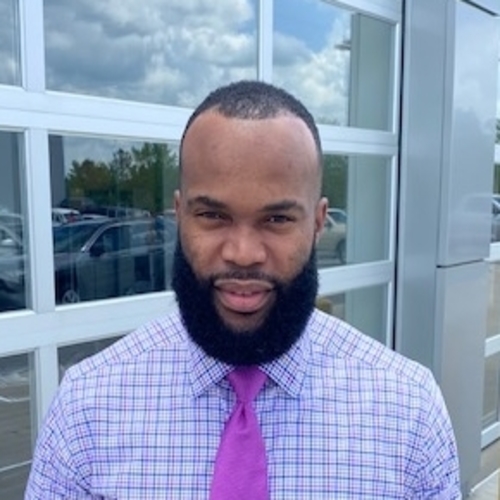 Richard Edmondson joined the GIAA Team in July 2022. He is originally from Montego Bay, Jamaica. He received a scholarship to Kent School in Kent, Connecticut, where he was an All-American. Richard completed his Bachelor of Arts in Communication at Mercer University. While at Mercer he participated in Men’s Soccer from 2009-2013 and was an All-Conference player. He also served as a Graduate Assistant. During his time in Macon, Richard served as a Coach at the Macon Soccer Academy. He continued his coaching career at CGSA Academy.

Richard earned his Master’s Degree in Educational Leadership. Currently, he is the Business Director at Five Star Automotive and is happily married to Dyne’ Edmondson. 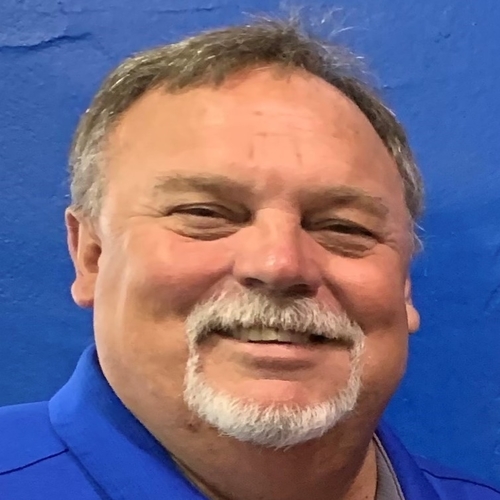 Kent joined the GISA Team in March of 2021. He lives in Valdosta with his wife, Cindy. Together, they have two sons and 5 grandchildren. Kent graduated from Berry College with a degree in Health & Physical Education. He earned his Master’s degree in Education from Troy University. He began his career as a basketball coach and he taught at Gatewood School and Georgia Christian School for over 15 years. In his 12 years outside of education, he worked in Sales and Marketing. While in Sales, he volunteered at Georgia Christian School to coach both of his sons in basketball. He has won multiple GISA State Basketball Championships. Kent previously served with the Georgia Association of Private and Parochial Schools as the South Regional Director. 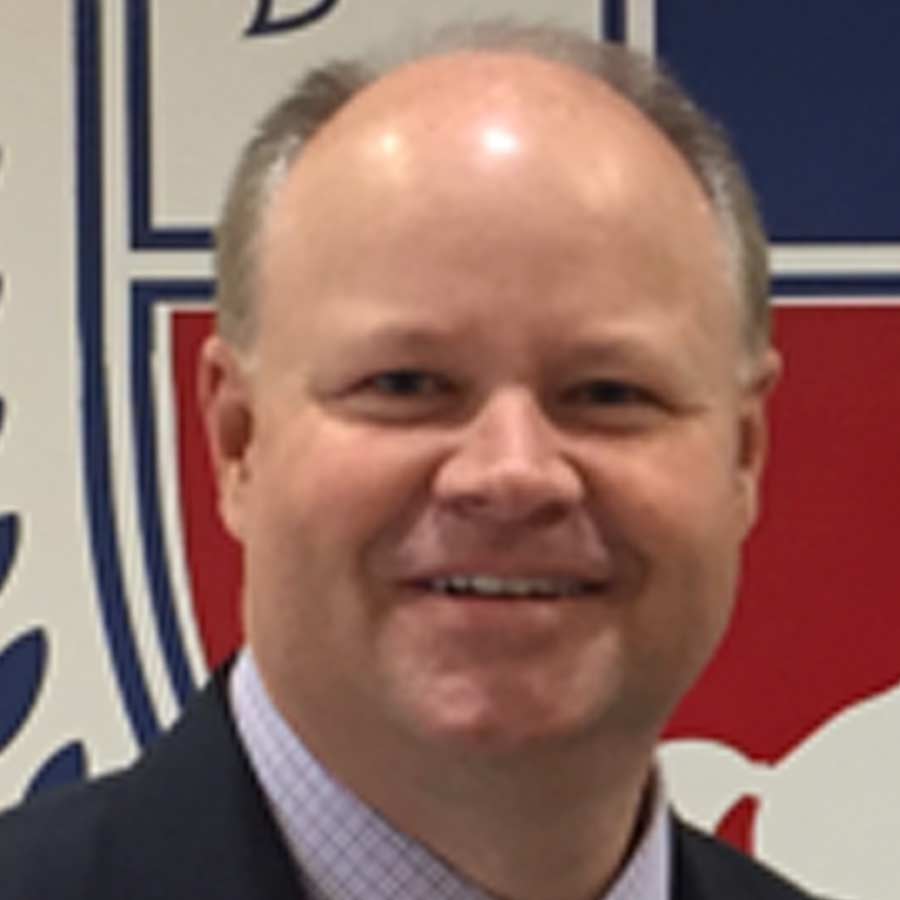 Stan joined the GISA Team in July 2016. Previously he served as Head of School at Wardlaw from 2010 to 2016. He was Director of External Affairs and Assistant Athletic Director, Teacher, and Coach at Mount Vernon Presbyterian School from 1998 to 2010. Prior to MVPS, he worked as a Loan & Collections Officer at The Palmetto Bank, and was a professional kicker for numerous teams from 1996 to 2002, including Dallas Cowboys, Chicago Bears, Georgia Force, and Columbus Wardogs.

Stan completed his Doctorate (Ed.D.) at Capella University, and also holds an M.Ed. from Western Governors University, and a B.S. in Physical Education and Health from Madison University. He and his wife, Leslie have two daughters. 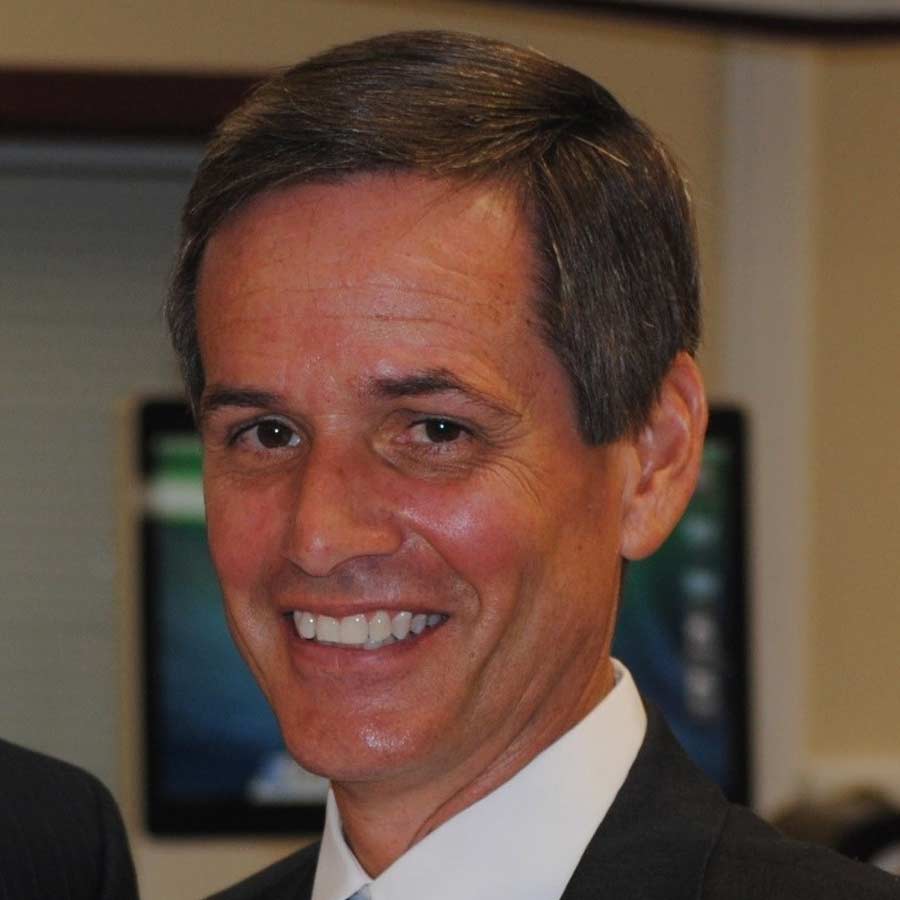 Dr. Jackson received his B.S. degree from The University of Louisville, and his M.A. degree from The Southern Baptist Theological Seminary. He then went on to earn his Doctor of Education from Tennessee State University in 1994 and his MBA from Shorter College in 2008. Before coming to GISA in July, 2009,

Dr. Jackson’s outstanding credentials are evidenced in the numerous social and educational awards he has received. Some of the many distinguished honors include Tennessee State University’s Graduate Researcher of the Year, a member of the Southern Association of Colleges and Schools Visiting Accreditation Teams, and he was an Advisory Board Member of The Teacher Academy Magnet School for the Palm Beach County School system.

Jeff and his wife Kim have five sons. 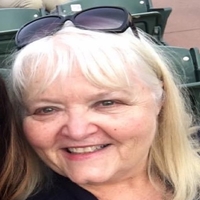 Kandy joined the GISA Team in July 2011. Originally from Jacksonville, Florida, Kandy moved to Atlanta in 1971. She earned a Bachelor of Arts degree from Georgia State University, completed educational coursework at Brenau University, and received a Master of Science in Educational Leadership degree from Walden University.

Kandy’s career began in the corporate world where she was an assistant merchandising manager with Champion International Corporation, which provided her with over 11 years of marketing, business management, and human resource skills. Kandy also has over 25 years of experience in independent education which includes 22 years at Mount Vernon Presbyterian School in Atlanta from 1989 to 2011 where she served as PK and Kindergarten teacher, Head of Lower School, Assistant Head of School, and Director of the Early Learning Center. 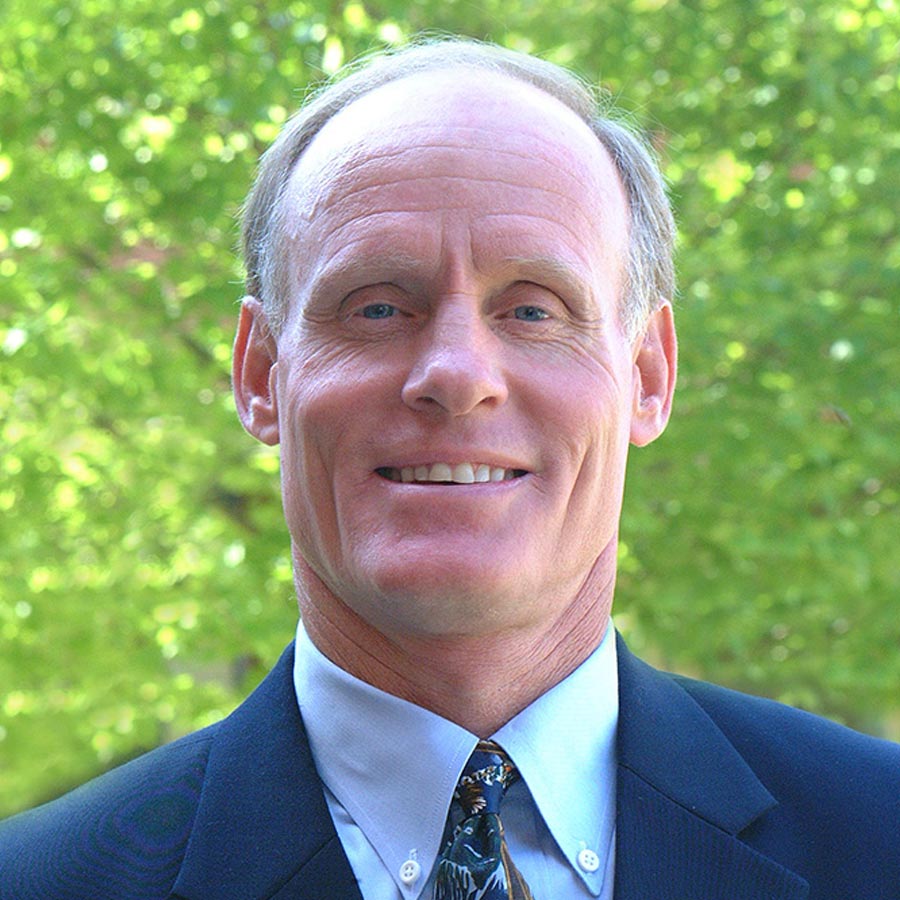 Tommy Marshall joined the GISA Team in 2021 as League Commissioner and he brought with him years of outstanding, highly recognized, and sincerely respected experience.

As an Atlanta native, Tommy coached at the high school level for 8 years in the Atlanta Area. He began his collegiate coaching career at Mars Hill College before returning to his alma mater, Furman University. During this time, he was part of the 1979 Redan State Championship Team and the 1988 Furman University National Championship Team. He served as President of the Furman Fellowship of Christian Athletes, an organization he continues to serve today. He also served on the Furman University Alumni Board from 2011-2016. After a 17-year high school and college coaching career, in May of 1996, Tommy joined the Marist School staff as Director of Athletics where he has served to this day, retiring in June of 2021.

Tommy Marshall’s years of extraordinary dedication to students and his committed service have not gone without notice. He is a member of the National Interscholastic Athletic Administrators Association (NIAAA), is an NIAAA Certified Master Athletic Administrator, and has served on the NIAAA Board from 2008-2010. In recognition of his work at the local, state, and national levels, NIAAA awarded Marshall the 2004 State Award of Merit, the 2009 Citation Award, and the 2012 Distinguished Service Award for outstanding leadership and achievement. Marshall was recently awarded the NIAAA State Award of Merit for Georgia for the second time for the year 2020-21. In 2006 and 2015, Tommy served as President of the Georgia Athletic Directors Association (GADA). He was named the GADA Region Athletic Director of the Year in 1998, 2002,2007, 2008, 2010, and 2011 and the AAAA State Athletic Director of the Year in 2002 and 2007. Tommy served as Georgia High School Association (GHSA) Region Secretary from 2006-2016 and as 7-AAAA Region President from 2016-2020. He currently serves as the Region 6-AAAA Region Secretary. Marshall was inducted into the GADA Hall of Fame in the spring of 2015 and was named the 2017 Georgia Tennis Coach of the Year by the National Federation of State High School Associations (NFHS). In 2019, GADA presented Tommy with the first annual Bob Stinchcomb Leadership Award for his commitment to developing the role of athletic administrators across the state. Tommy was elected to the GHSA Board of Trustees this fall in the newly created position of a private school representative.

Throughout his stellar career, Tommy has exhibited his unwavering commitment to students, as well as his eagerness to serve his colleagues as a mentor in order to provide the best possible leadership for the students of Georgia.

Above all, Tommy Marshall is committed to his faith and family. Tommy and his wife Dana have two married children and five amazing grandchildren.

Tommy’s belief in a continuum of cooperation, communication, and collaboration has served him well and brought him great success. We are indeed fortunate that Tommy Marshall has chosen to begin a new journey with GISA/GIAA, continuing to serve the students and educators of the independent schools of Georgia. 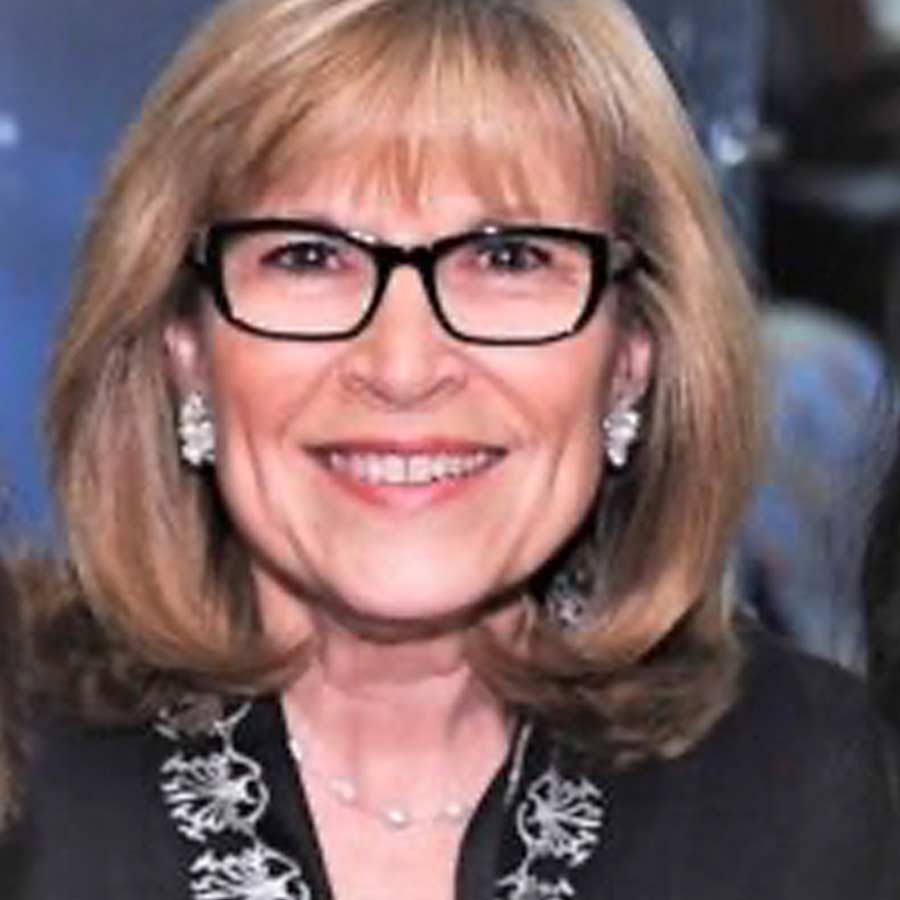 Paula joined the GISA Team in July 2018. She received a B.S. degree in Education from the University of Arkansas and a Master of Arts in Education and Human Development from The George Washington University.

Her career in education includes experience as a classroom teacher, Division Head, Dean of Students, and Head of School. She retired in June of 2018 after serving as Head of School for eight years at Oak Mountain Academy in Carrollton, Georgia. Additionally, Paula was a member of the GISA Board of Trustees and chaired accreditation teams for SAIS.

Paula and her husband reside in Peachtree City and enjoy being close to their son, daughter-in-law, and two grandchildren. 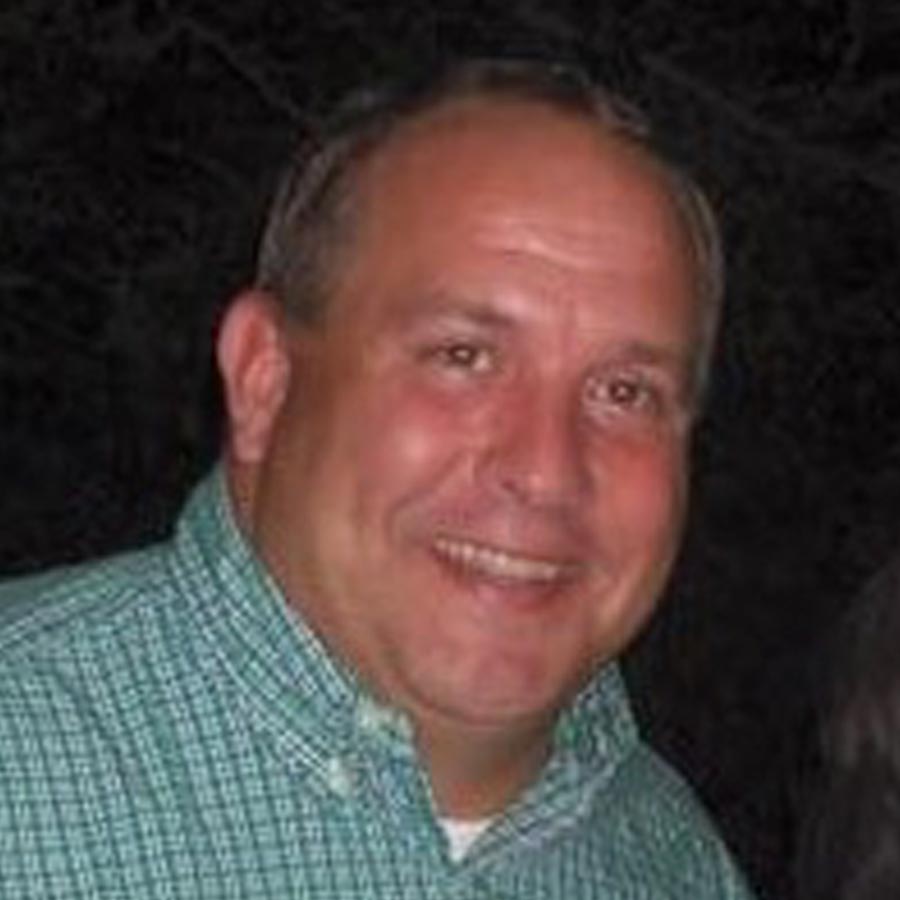 Clint joined the GISA Team in June 2016. Previously, he served as Head Football, Head Track Coach, and Teacher at Tattnall Square Academy in Macon. He has served in numerous capacities such as Athletic Director, Head Football, Track, and Baseball Coach at several GISA Member schools since 1994, including Frederica Academy, Bulloch Academy, David Emanuel Academy, and Tiftarea Academy. He has also served as GISA Region Secretary, and as a representative on the GISA Advisory Board and Reclassification Committee.

Clint’s vast experience with both GISA and GHSA makes him a great addition to the GISA Team. Clint earned his B.S. in Education from Georgia Southwestern College in Americus and is a graduate of Southland Academy. He and his wife, Shay reside in Statesboro with their two sons. 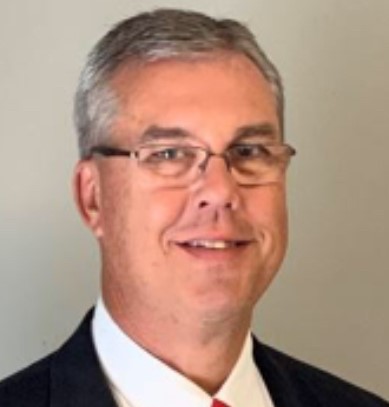 Todd joined the GISA Team in 2021 and brings many years of service and experience in independent education to our association. His administrative and teaching experience is a true asset to his position as our Teacher Services Coordinator. He assists with our Master Teacher program, Emerging Leaders Institute, Teacher of the Year Committee, and other professional development opportunities.

Todd and his wife, Daphne have three adult children (Ashlyn, Ivey, and Austin) and one grandchild. 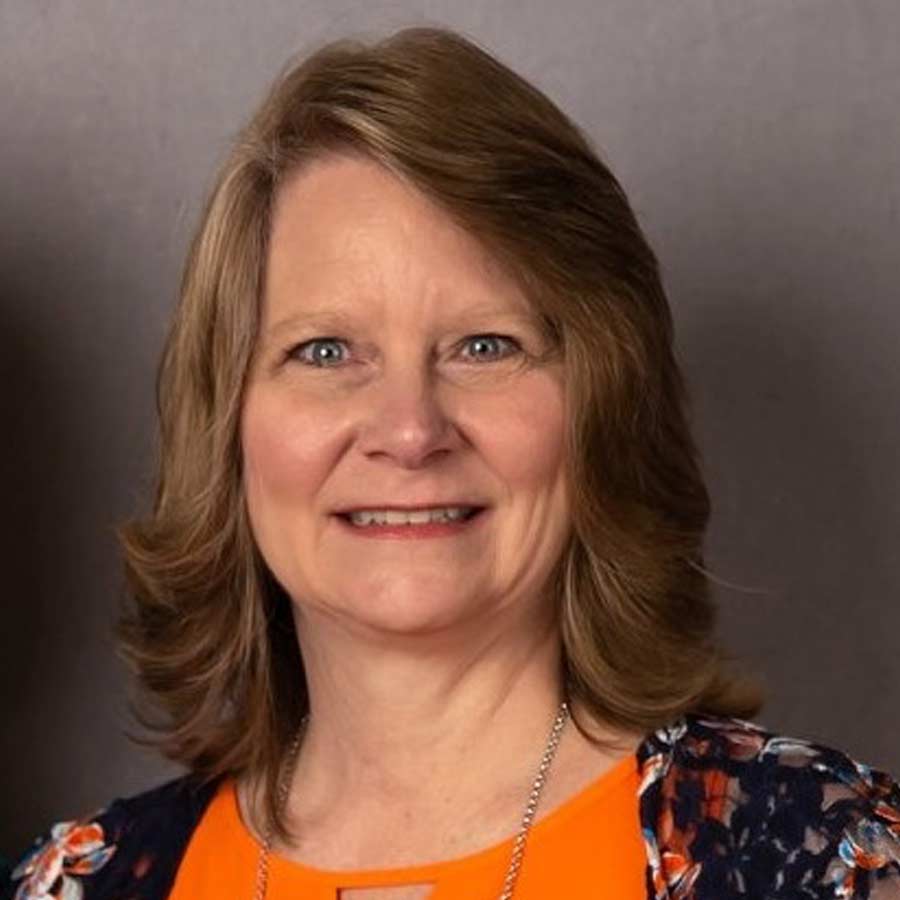 Robin worked a number of years in the corporate world as a Sales Assistant at Amoco Performance Products in Alpharetta and as Marketing Assistant for MCC Panasonic’s cellular phone division in Peachtree City, GA. She and her husband have one daughter and son-in-law, and two grand-darlings.